Something went wrong in file write

Probate refers to a court process which oversees the transfer of a decedent’s assets to the decedent’s heirs and/or beneficiaries. Typically one will want to avoid the probate process in that it is an expensive and time consuming process. Often times when assets are changing hands from one generation to the next, disputes arise as to who is entitled to those assets. If a will is being offered for probate interested parties have a right to contest that will. Will contests are extremely complicated matters and require the skill of a trained attorney in the area of probate litigation.

Once probate is opened and a will has been admitted, it is imperative for the personal representative (the person who has been appointed to handle the estate) to take certain steps in marshaling assets, filing an inventory and appraisal, providing notice to creditors and paying legitimate debts and finally filing an accounting and petition to close the estate.

Often times there are disputes over who the conservator should be and/or whether a conservatorship is even needed. If a dispute does arise those disputes must be litigated and a Judge must make a decision.

A trust is an estate planning mechanism that is utilized often. Not only does a trust help you avoid probate, but it centralizes the management of your assets and prevents the implementation of a conservatorship or guardianship proceeding. The mere fact that a trust avoids probate does not mean that the trustee (the person responsible for managing the trust assets) must not take great caution to perform certain tasks upon the transfer of wealth from one generation to the next generation. A trustee is charged with fiduciary duties which mean that everything that the trustee does must be in the best interests of the beneficiaries and he or she shall never put their personal interests ahead of the beneficiaries.

By virtue of the fact that a trustee is charged with fiduciary duties disputes often arise regarding his or her actions. Whether it is that the trustee has failed to distribute assets and/or has mismanaged trust assets it is critical that you retain an experienced attorney to help you navigate through the complexities of trust administration.

Upon the transfer of wealth from one generation to the next beneficiaries and/or heirs at law have a right to contest the trust. If you are involved in a trust contest you must immediately obtain the advice of an independent attorney with experience in prosecuting and/or defending trust contests

Estate Planning refers to the process of methodically establishing documents that effectively dispose of your assets upon your passing. Additionally, the estate planning process deals with issues that can occur during life such as incapacity. The foundational documents that are a part of every estate plan are a Revocable Living Trust which is the centerpiece of your estate plan. Your Trust will serve many purposes.

The most important purpose that your trust will serve is transferring property to your loved ones without the cost and time delays of having to probate the assets. Probate is a time consuming expensive process that should be avoided in almost every instance.

In addition to your Trust, an estate plan will consist of ancillary documents. Said documents include a power of attorney for financial management, advanced health care directive, pourover will, certification of trust and assignment.

A special needs trust is used to preserve asset sensitive government benefits such as Medi-Cal and/or Supplemental Security Income. Any money that is placed into a special needs trust is considered exempt in determining what one has in the way of assets and income. The practical result is that one is able to benefit from the money in the trust while simultaneously preserving their asset sensitive government benefits.

Estate, trust and probate matters require experienced legal counsel. At the Law Offices of Gregory Lederman, we have the experience, knowledge and integrity to successfully resolve difficult and complex estate planning issues. If you need assistance with any estate, trust or probate matter, or if you are a personal injury, medical malpractice or workers’ compensation attorney with a client who may benefit from the establishment of a special needs trust, contact the Law Offices of Gregory Lederman today. 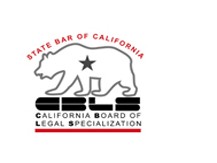 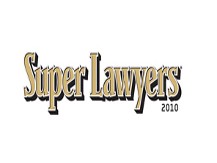 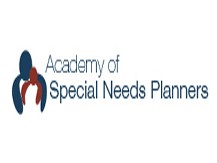 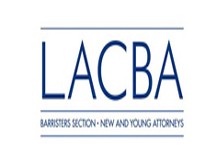 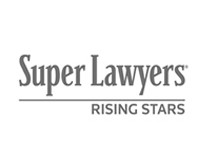